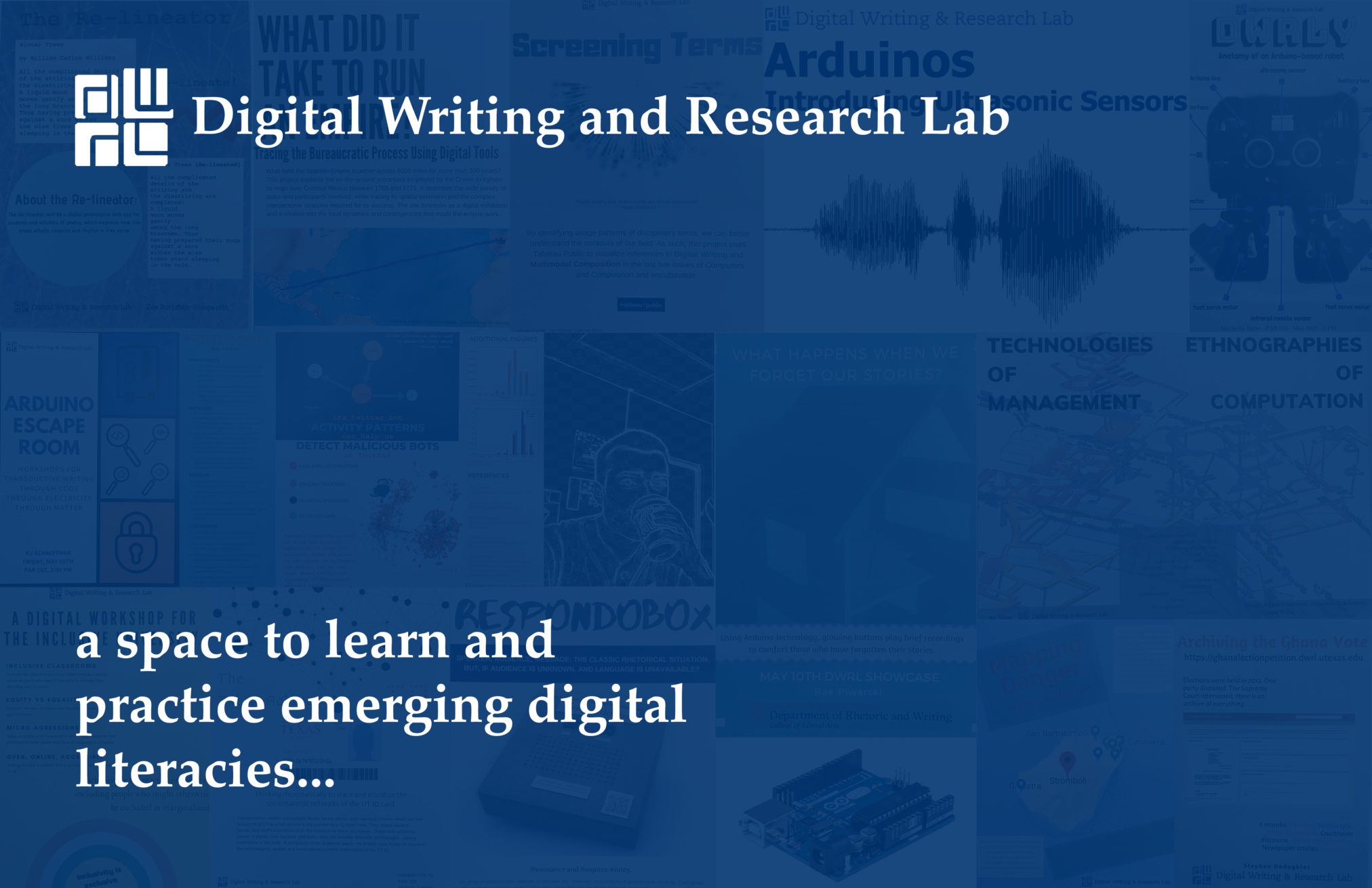 The Digital Writing & Research Lab is positioned at the intersection of rhetoric, writing, and technology, and dedicated to the practice, teaching, and theory of emerging digital literacies. These literacies, both multiple and malleable, are a requisite part of a liberal arts education.

In the mid-1980s, a group of English graduate students at The University of Texas at Austin started drilling holes in the wall. They ran cable that allowed the students to connect twelve computers, which Dr. Jerome Bump had obtained via a grant, to form a local area network. And thus the Computer Research Lab (CRL) was born.

Located in the basement of UT’s undergraduate library, the CRL’s network—which predated the popularization of the Internet—made possible some of the first digitally networked writing classrooms. Grad students working in the CRL also developed software for writing teachers and students, with some CRL staffers eventually founding a software company called The Daedalus Group. John Slatin, the Lab’s first director, published an essay on the Lab’s history in Language Learning Online with the Daedalus Group.

The CRL was renamed the Computer Writing and Research Lab in the 1990s, before finally becoming the Digital Writing and Research Lab in 2010. While the DWRL is still staffed by graduate students studying rhetoric and English, and while its main office is still located in the basement of UT’s former undergraduate library (now Flawn Academic Center), the projects that DWRL staffers have undertaken stretch far beyond software design. In the past 30 years, the DWRL has launched a range of influential and award-winning research projects, publications, and scholars.

For more of our history, please visit our past projects page and our alumni page.