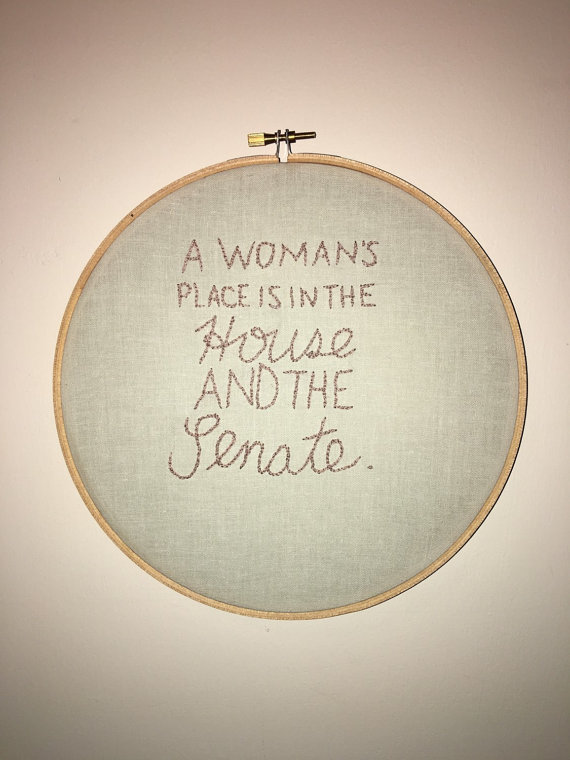 At the center of feminist politics we often find physical spaces. Consider abortion clinics, prisons, restrooms, universities, and homes: each space a site for a struggle for safety and autonomy, each space an example of how patriarchy uses space to project an illusion of stability. An ideology that casts women inferior depends on the production of spaces where women are subject to violence. If patriarchy is only workable only insofar that gender hierarchies seem natural and, therefore justified, destabilizing spaces is a crucial step in interrupting the ideology of patriarchy itself. How can feminists use locative media, with the power to destabilize space itself, to their advantage?

In her 2009 article, “On Gender and Rhetorical Space”, Roxanne Mountford asks rhetoricians to consider the physical space as a part of the rhetorical situation. She defines “rhetorical space” as “the geography of a communicative event, and, like all landscapes, may include both the cultural and material arrangement, whether intended or fortuitous, of space.” Her analysis thus demonstrates how “rhetorical space” itself “communicates a message to the audience” and, therefore, holds a “heuristic power over their inhabitants and spectators…forcing them to change their behavior and, sometimes, their view of themselves” (41). In other words, space is rhetorical by communicating ideology in such a way that changes the behavior. But how might the way we interact and envision space through our mobile technologies change this behavior? Consider, for example, the Hollaback Map (below.) How might this app subvert or interrupt our conception of space? If, as Mountford describes, “rhetorical spaces carry the residue of history upon them, but also, perhaps something else: a physical representation of relationships and ideas”, what opportunities might the digital layer of our environments afford feminists?

Throughout this semester, here at the DWRL blog, I will focus on a particular site in which destabilizing space is tantamount feminist politics: public streets and parks. Specifically, I will explore the ways in which women might use locative media to destabilize and bump-up against patriarchy.