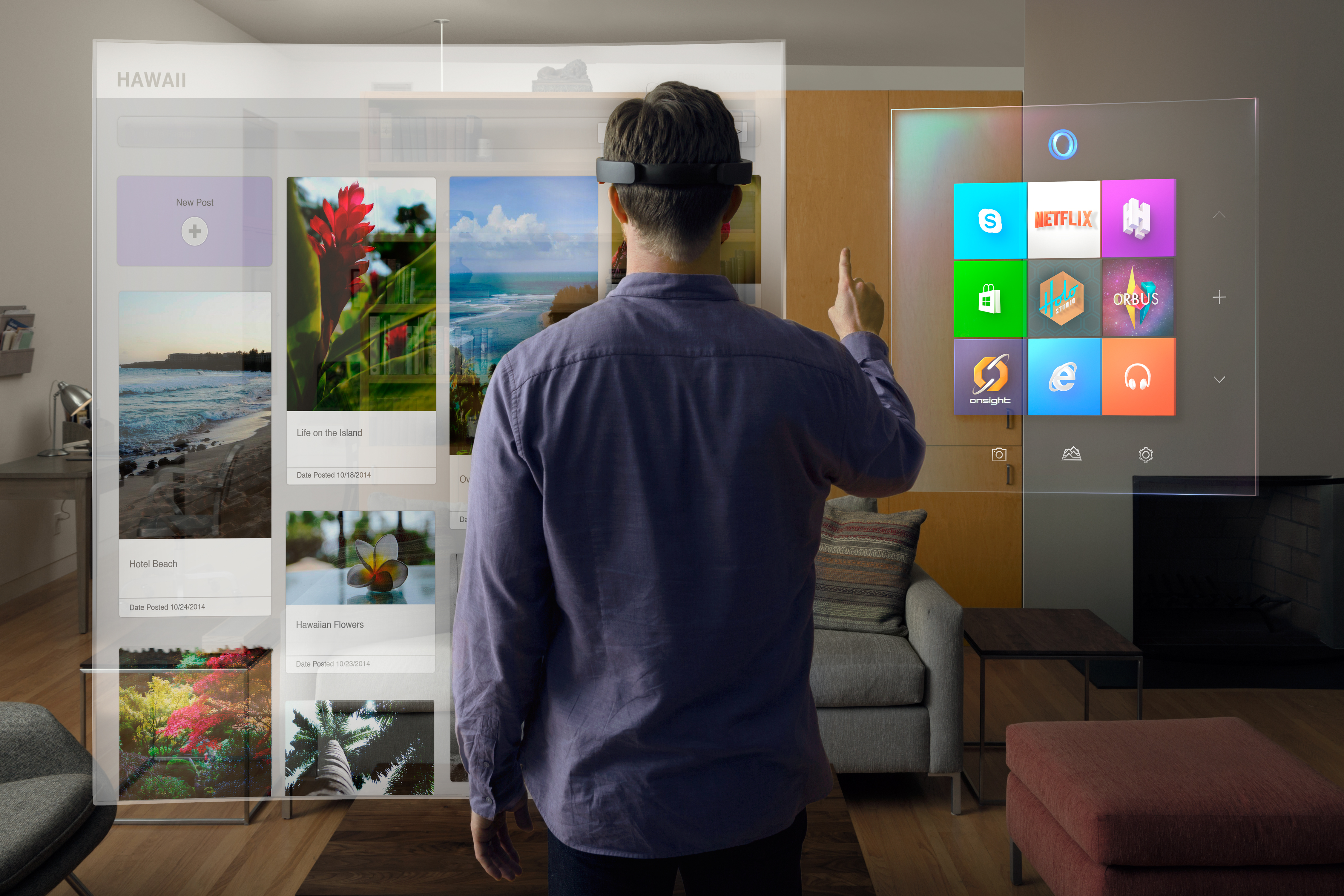 Lately, augmented reality has been making a lot of headlines in the tech world. This week, for instance, Microsoft revealed its HoloLens, a visual headset that allows people to interact with and manipulate complex, projected visuals. In a promo for the HoloLens, a woman wearing the headset customizes a Volvo car before buying it, building it up from the nuts and bolts with gestures as simple as pressing her thumb and forefinger together. It isn’t quite the tech we see Robert Downey Jr. playing with in Iron Man’s workshop, but it’s pretty close.

The problem is that companies working on AR are in the tough position of selling an underdeveloped product in order to garner public interest and private investment because both are essential to further development of that product. Sure, it’s possible now to use AR technology in a way that could make one’s computer-based work look like the set of CSI, but in reality, as The Verge’s Nick Statt points out, “the technology is still years away from being common in the workplace, let alone a consumer’s living room.”

Let alone a humanities-based research group. As I mentioned at the outset of this semester, I’m happy to consider AR in terms of my smartphone, despite it not being the crème de la crème of AR technology. However, increasingly I wonder what alternatives I or others might have at the moment. At best, from Statt’s review, we can experience cutting-edge AR technology like the HoloLens as a means of trying out major purchases (e.g., cars, kitchens) before we buy them, and Statt summarizes my enthusiasm about that opportunity well: “it’s difficult to get excited about yet another way for companies to try and sell us stuff by using cutting-edge technology in a somewhat perverse way.

When framed as such, our presently limited ability to connect with AR appears to be creating a rather one-dimensional relationship between AR and its users that, at the moment, will favor its producers and vendors far more than its consumers. Do academics count as consumers here? Are we eagerly falling prey to a gimmick? Frankly, I doubt it, but I still have to contend with the challenge of engaging meaningfully with AR while having limited access to it and even more limited abilities to create and/or manipulate it, and AR’s apparent nascency doesn’t make this challenge any easier to overcome.

Such challenges are, as I discussed in my last post, characteristic of the digital humanities. Critically engaging with unfamiliar technology is as exciting as it is daunting, and in this way I feel connected unexpectedly to the tech world to which I long better access. Scholars in the digital humanities struggle frequently with the tension that arises between their aims to explore uncharted territory and the various constraints that limit such explorations (e.g., time, technological skills, access, [inter]disciplinary support), and I’m sure a similar struggle is what the ambitious developers of AR encounter every day. So, I’ll keep pushing onward, one coding class at a time.